Join DP Solutions & data protection experts Datto for a free lunch and learn to discover how to keep your business safe from malware and ransowmware attacks like WannaCry, Cryptolocker, Locky and more.

Lunch will be provided

The Hidden Dangers of "Shadow IT" To Your Business

We all know that using information technology programs, apps, or internet browsing carries a certain amount of risk. Nobody wants to have their secure data compromised, but technology brings enough benefits that the risk is worth it. So you vet certain systems, you establish protocols, you update and patch your software, and you keep track of the technology used at work.

But what about the technology your employees are using that isn’t part of your official plan? We’re talking about messaging apps, Excel macros, cloud data storage, collaboration spaces, and even hardware like USB drives, smartphone storage, and personal laptops that you don’t control.

We call this “Shadow IT,” and that’s a whole lot of potential holes to cover!

Even if you ignore the dangers of having accounts hacked, data stolen, and websites vandalized, shadow IT can be very inefficient. You don’t control it, so you don’t know where important information is or what work is being done. It makes it hard to avoid duplication of efforts and even harder to manage employee productivity.

What are you to do?

Well, your gut reflex might be to “crack down” on using unauthorized technology for work purposes. Swallow that reaction, though - you can’t stop it, and you’ll just harm morale. You’ll also drive usage even further underground; your people won’t be honest with you for fear of reprisal. That means that if a compromise occurs, you’ll be the last to know.

Instead, keep an eye on the situation. Make it clear that you support employees using the tools they need to get the job done, as long as they let you know what those tools are. If your people start using cloud storage apps, that’s fine, but have them explain how they’ll keep that data secure. Just as you empower them to find their own tools, empower them to keep things secure.

“Don’t try to stop all shadow IT use; you’ll only guarantee that when a compromise occurs, you’ll be the last to know.”

You probably can’t come up with a list of all the shadow IT that’s being used at your work, but you can keep an eye on the trends as they develop. Research the technology that’s being used and watch the headlines for data breaches or other compromises.

In some cases, you will have to crack down on specific apps, programs, or devices being used at your work; they’re just too risky. If you’ve worked with employees and fostered good communication, this shouldn’t be an issue. Remember to avoid blaming employees when shadow IT becomes a problem, especially if they bring the issue to your attention themselves. There’s nothing wrong with asking your people to stop using a specific program or device, as long as you’re transparent and have good reasons.

Last, but not least, try to look on the bright side. Shadow IT may be a little risky, but it also presents opportunities for employees to drive productivity and try out new best practices. If they’re using a piece of technology, it’s probably doing something that the currently “approved” tech is not. They’re also showing self-starter tendencies and trying to do their job better. And that’s always something you should support!

Time to Get Vulnerable

When you hear the term “leader,” adjectives like strong, assertive, and powerful come to mind. But what about vulnerable? Those in leadership positions often believe that displaying vulnerability to their team is a sign of weakness.

I’m here to tell you that they couldn’t be more mistaken. In reality, vulnerability is a strength, and all skilled leaders have it. And in order to help you grow into a better leader, I want you to be vulnerable.

Patrick Lencioni once said to me, “Start by coming to terms with your own vulnerability as a leader and then translate that to your team and then the rest of the organization.” Waldo Waldmen, a top fighter pilot and a good friend of mine, once said something similar. He explained that after every mission, they would have a debriefing. Before it started, everyone was required to take off their name tags and their rank. Now, with an even playing field, they would go over the good, the bad, and the ugly of the mission. The leader would take the lead, admitting their own mistakes first.

They call this “exposing your chest to daggers,” and it creates an environment for the new hires, the young wingmen, and the young folks that are in the formation to say, “You know what? If so and so, the flight lead, or so and so, the top gun, is going to share his or her mistakes, then I can do the same thing.” But it has to come from the top down, and it means being vulnerable, more honest, and more open about what’s going on. Waldo said the key is to show you are a human being first and a top gun or high-ranking officer second.

Do you start meetings by exposing your mistakes first?

I’m not talking about being passive-aggressive. “I never should have trusted so and so with this.” I see and hear that all the time, and it’s the opposite of exposing your chest to daggers. I’m talking about where you underperformed, did something wrong, or made a bad call. Those are the things to expose.

Many years ago, Les Brown gave me some great advice. He said, “You are a compelling speaker and certainly you have had a tremendous track record of success — but you can’t just talk to people’s heads or only appeal to their intelligence.” He continued, saying, “They have to feel your story, the whole story — failures, shortcomings, fears, and pitfalls — both the triumphant and the terrible.” That, he told me, was what would make me a real leader.

As you can imagine, this was an awakening, and it changed my life. You’ll notice it if you read my first book and my new one; “The Entrepreneur Roller Coaster” is a lot more honest about my personal journey, warts and all. While people may be inspired by your success, they are empowered by knowing that they can fail at times and still succeed wildly.

If you want to be a leader, open yourself up to others. If people can feel and connect with you, they will charge through walls for you. That is real leadership, real influence, and real achievement. So, right now, think of one failure with which you can open up to your team.

Are you in? I promise you will see immediate results.

Is Ransomware a Threat for Your Business?
Learn If WannaCry or Other Ransomware Variants Could Hold Your Company Hostage—and What to do About it—With a Free Risk Consultation. 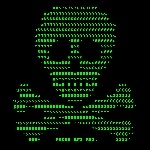 Get a 20-minute phone consultation with one of our IT security specialists to:

Supreme Orthopedic Systems’ team is devoted to expanding the providers region and ensuring the customer’s needs are met in the evolving orthopedic world. The rapid growth of the Supreme team speaks to the successful company culture and customer happiness that they have been able to achieve. Supreme Orthopedic Systems will continue to bring the best in products, education and support to the orthopedic market.

DP Solutions works cohesively with Supreme Orthopedic Systems, providing managed cloud hosting. Working in the cloud provides Supreme the assurance that their data is reliably backed up every four hours. As a managed DP Solutions client, they also enjoy full 24/7 access to the Service Desk, proactive monitoring of hosted data, and quick resolution to their IT support needs.