Join DP Solutions, Ainsley & Co., and HMS Insurance at Seasons 52 in Columbia for a presentation and panel discussion that will explore the tactics that every business must have in place to navigate and manage the challenges of security breach.

Cocktails and hors d'oeuvres will be provided by Seasons 52. There is no cost to attend, but seating is limited, so RSVP today!

Why Your Current Antivirus, Backup And Firewall Have Been Rendered Completely USELESS (And What You Need To Do About It)

At the end of World War I, German engineer Arthur Scherbius constructed a device that would become central in another worldwide conflict of unimaginable magnitude over 20 years later: the Enigma machine. The machines, which steadily became more complex with each iteration, consisted of a series of rotors that, by themselves, encrypted messages input via the attached typewriter. Each rotor performed a simple substitution cipher, but when run through multiple rotors, the encryption reached a staggering level of complexity.

Initially used for transmitting sensitive company secrets in the commercial sector, the technology was eagerly adopted by the German military machine prior to World War II. After war broke out across Europe once again, Enigma encoding became central to the operation of the Axis powers, used for sending vital, sensitive intelligence across the airwaves. Due to the complexity of the Enigma system, the Germans were certain that the code would not, and could not, be broken.

But the Germans were wrong. Using photographs of stolen Enigma operating manuals obtained by a German spy, the Polish General Staff’s Cipher Bureau managed to construct an Enigma machine of their own, enabling them to covertly decrypt substantial amounts of Axis intercepts. Ahead of the impending invasion of Poland, the Poles shared their knowledge with the French and British military to expedite the defeat of the Germans. A massive team at Bletchley Park in Buckinghamshire, led by code-breaking master Alan Turing, became the central location for Allied efforts to keep up with Enigma operations.

Germany, still convinced the code was fundamentally unbreakable, continued using Enigma for a wide array of communications. But even the most complicated four-rotor Enigma systems were eventually decrypted. Great pains were taken to ensure the Germans never learned their precious code had been broken, labeling any intelligence gained from Enigma as “Ultra,” keeping the significance of Bletchley Park’s operations under wraps. Ultra-intelligence was used sparingly to avoid German suspicion.

"Much like the Germans who assumed Enigma was uncrackable, most business owners believe their current, potentially outdated, cyber security measures will keep their data safe."

The efforts of the Polish Cipher Bureau, Alan Turing, Bletchley Park, and the hundreds of men and women who contributed to the cracking of the Enigma code were described as “decisive” in the shortening of the war, and, at the high end, are estimated to have saved over 14 million lives.

Much like the Germans who assumed Enigma was uncrackable, most business owners believe their current, potentially outdated, cyber security measures will keep their data safe. But, in the contemporary age, where digital information is as precious as gold, cybercriminals are working around the clock to penetrate even the most robust security solutions. You can bet they’ve already created a workaround for your current antivirus. What was good enough before may not be good enough today. After all, it’s simply impossible that a security solution from even two years back could be equipped to defend your precious data from a cutting-edge hacking technology that didn’t even exist when it was created.

Today, companies that fail to stay abreast of the latest cyber security trends — clinging foolishly to their own Enigma — are certain to pay the price down the line. Once the lock is picked, you need a new lock, and criminals are cracking new locks each and every day.

Luckily, as your IT provider, we’re cyber security experts, and we constantly seek the latest and most robust security solutions. Don’t leave your company’s security up to a false sense of confidence. Always be looking at options to upgrade your digital security and make it a sure thing. 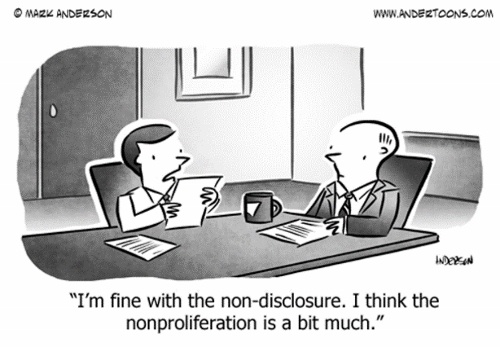 What Should Come First? Success or Happiness?

Sonja Lyubomirsky, psychology professor at the University of California and expert on the psychology of human happiness, recently analyzed the results of 211 different studies. She investigated these questions: “Are happy people more successful?” and “Does happiness precede success?” The results of their extensive research showed that, indeed, happiness tended to lead to greater success.

This shouldn’t come as a surprise for most of us. After all, happy people have more positive moods, and positive moods motivate us to work actively to reach new goals. This results in happy people being more productive, more innovative, better communicators, more respected, more appreciated, more optimistic, energetic, likable, confident, and sociable — quite the impressive list! Not only that, but happy people experience less stress. With approximately 1 million workers per day missing work due to stress, it’s evident that there are a lot of unhappy people out there.

When companies downsize their staff, a greater workload is placed on the employees who stay. The greater the demand placed on employees, the greater the potential for even more stress, leading to decreased happiness. At some point, the priority of trying to be happy takes a distant second place to that of merely surviving. “I don’t have time to worry about being happy,” we say. “I’m too busy working.”

I remember, years ago, when the eccentric billionaire Howard Hughes died, a reporter asked someone in the know, “How much money did Mr. Hughes leave behind?”

“All of it,” the person replied.

What a great answer. No matter what we accomplish in our lives, we don’t get to take any of it with us when we go. That’s why, if there’s one thing I could possibly share with you today, it’s to stress the importance of your own happiness. If you maintain a positive attitude and strive to be truly happy, it will energize you in everything you do. Work on it daily and lighten up a little. Laugh more. Make a point, daily, to count your blessings. Catalog the things that go right in your life. Be grateful and optimistic. If you can manage to consciously make the choice to be happy, your stress levels will decrease, your productivity will increase, and everyone around you will be better off, more eager to talk to you, and motivated to do their own work with a smile.

Remember, happy people have problems, too, they just handle them differently.

There’s nothing worse than a person who’s a “professional depressor.” You know the type, the Debbie Downers who can’t seem to find the positive in anything or, even worse, find the negatives in a positive situation. Happiness starts with the words you speak yourself. So, before opening your mouth to whine about the traffic, complain that the store clerk was a total jerk, shout about your aching body or your parking spot or how you missed your flight, understand that you are essentially reliving the bad events that you’re complaining about. You’ve multiplied their effects and given them power over your life. Don’t do that! It brings you down again and brings down everyone you’re sharing it with. It’s not fair to whomever you’re talking to.

At the end of the day, our happiness and the happiness of our friends and families are all that matters. Everything else is commentary.

Free Report:
The 7 Most Critical IT Security Protections Every Business Must Have In Place NOW To Protect Themselves From Cybercrime, Data Breaches And Hacker Attacks 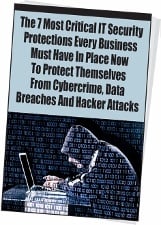 Eighty-two thousand NEW malware threats are being released every day, and businesses (and their bank accounts) are the No. 1 target. To make matters worse, a data breach exposing client or patient information can quickly escalate into serious reputational damage, fines, civil lawsuits, and costly litigation. If you want to have any hope of avoiding a cyber-attack, you MUST read this report and act on the information we’re providing.

SMG is an Accredited Association Management Company with 32 associates in five states. Administered by the AMC Institute, AMC Institute Accreditation is recognized and supported by ASAE & The Center for Association Leadership and is based on the ANSI Standard of Good Practices for the AMC Industry.